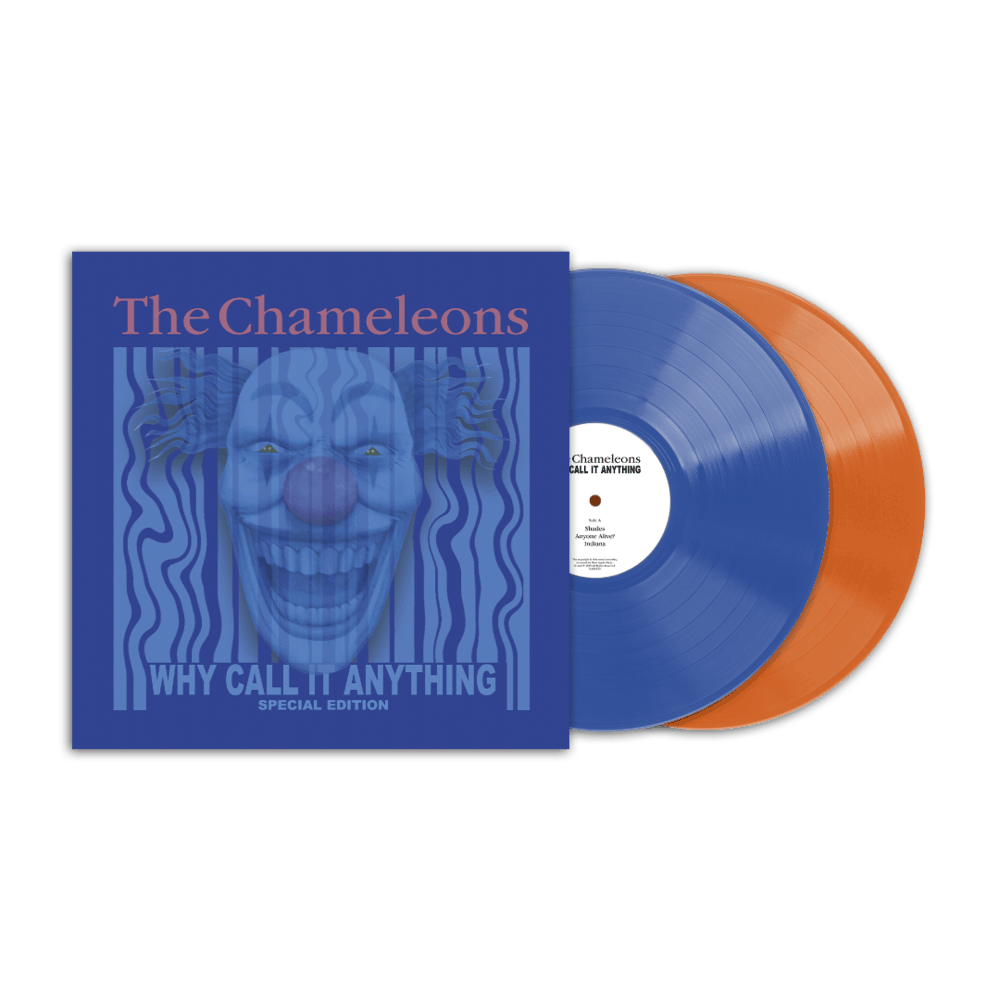 Why Call It Anything Gatefold Coloured Double Vinyl

The Chameleons fourth and final studio album receives its first-ever outing on vinyl this December, with the initial pressing on 2 x heavyweight coloured discs presented in a gatefold sleeve.

Why Call It Anything was produced by David M Allen (Strange Times) and was the band’s first full studio recordings after a fifteen-year break.

Featuring the rich guitars and powerful vocals associated with previous Chameleons albums; WCIA is enriched by members solo pursuits throughout the 1990’s, with some of the songs having an acoustic, almost folky feel. But fans of The Chameleons rockier side won’t be disappointed with tracks such as Shades and Indiana packing an almighty punch.

The re-mastered album was cut for vinyl at Abbey Road by engineer Geoff Pesche whose impressive CV includes cutting the lacquer for the best selling 12” of all time, New Order’s Blue Monday.

Side A:
Shades
Anyone Alive?
Indiana

Side C:
All Around
Dangerous Land
Music In The Womb

Side D:
Miracles and Wonders
Are You Still There?